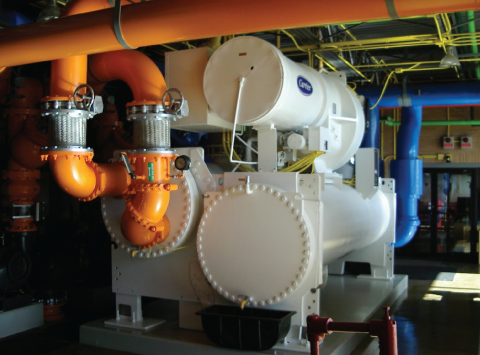 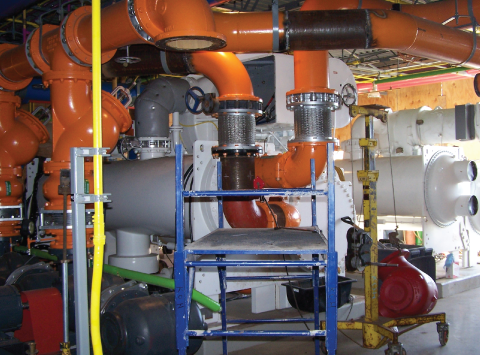 The existing plant consisted of a 214-ton and a 550-ton chiller with two cooling towers, chilled and condenser water pumps, air separator, and expansion tanks. During Phase I, WHW Engineering replaced the existing 214-ton chiller with a new 900-ton chiller along with a new cooling tower to handle both the new chiller, and the future load of an additional chiller. The new chiller system was also upgraded with a larger air separator and expansion tanks. New chilled water pumps, condenser water pumps, and all new piping were also installed to handle the additional load. Provisions were designed and built into the new system for the installation of an additional 900-ton chiller in place of the 550-ton chiller to meet the expanding needs of Dixie State College in the future.

Phase II included replacing the existing R12 550 Ton Chiller with a new 915 Ton Chiller including one new chilled water pump, and new condenser water pump. With the inclusions of future need components implemented in Phase I, the new chiller system was able to be designed, bid, and installed with minimal down time.

Phase III completed in 2012 included an overall building expansion and a 900 ton chiller addition to the existing chiller plant. With the addition of the new Holland Centennial Center to campus, the cooling capacity of the existing chillers would not meet the demand. The addition of the third chiller provided the means to meet the extra demand, while also providing essential redundancy for southern Utah’s extreme summers.